Rabbits are an invasive pest and destroy a significant amount of crops every year. The problem is widespread with 57% of farmers losing crops to rabbits and 62% attempting some form of rabbit control. Current rabbit-trap solutions are labor intensive, do not provide metrics on usage, and provide no remote communication regarding the activation status of individual traps. For our third year engineering design project, our group created a smart, IoT-enabled rabbit trap.


An iterative design process was employed to arrive at the final prototype. Existing state of the art solutions were analyzed to learn about the problem space. A problem statement was defined and users were identified. Farmers were interviewed and research was further conducted by investigating academic journals. Primary, secondary, and latent needs were identified. An IoT-enabled trap was selected as the optimal design on which to iterate. Concepts to satisfy the user needs were generated and tested. Four main questions were considered during the testing phase.

Ergonomic, economic, societal, and environmental analyses were conducted on the designed prototype. Overall the design was low cost, had a low negative environmental impact, and could easily be integrated with existing solutions in order to enhance them. The design was reliable, and could be maintained in real-world farm conditions.


The software side of the project consists of a mobile app and a base station. The QR code on each trap is scanned using the mobile app, allowing the location of each trap to be stored in the database. When the trap is sprung, a detailed text message is sent to the farmer's phone. The photos below show the UI in action. 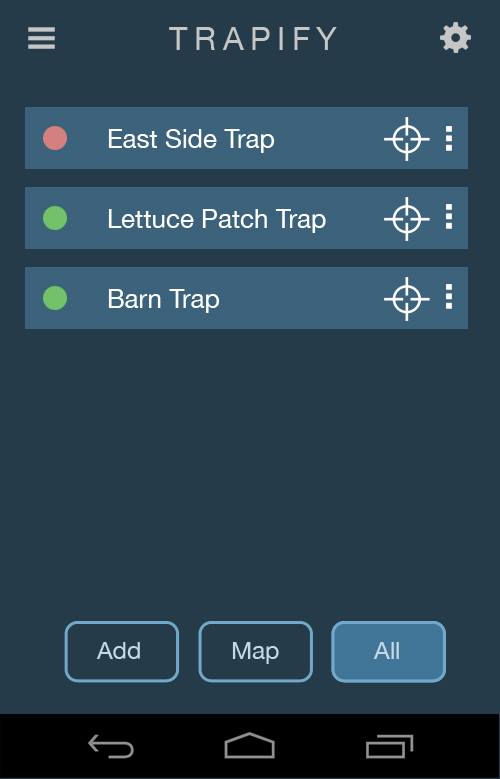 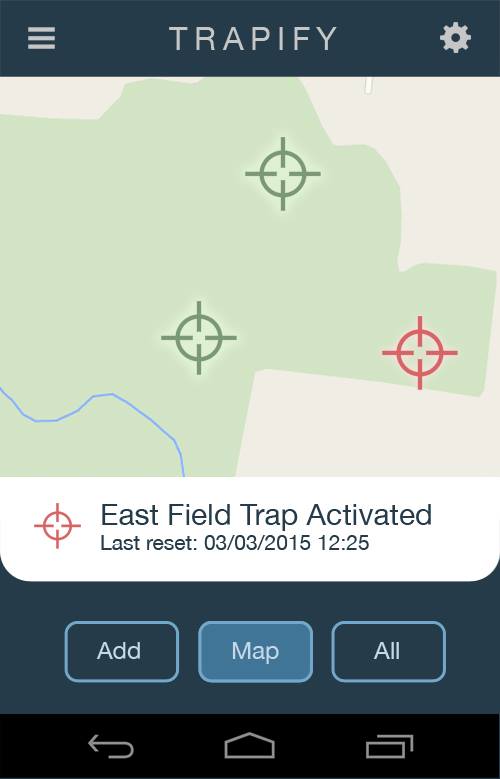 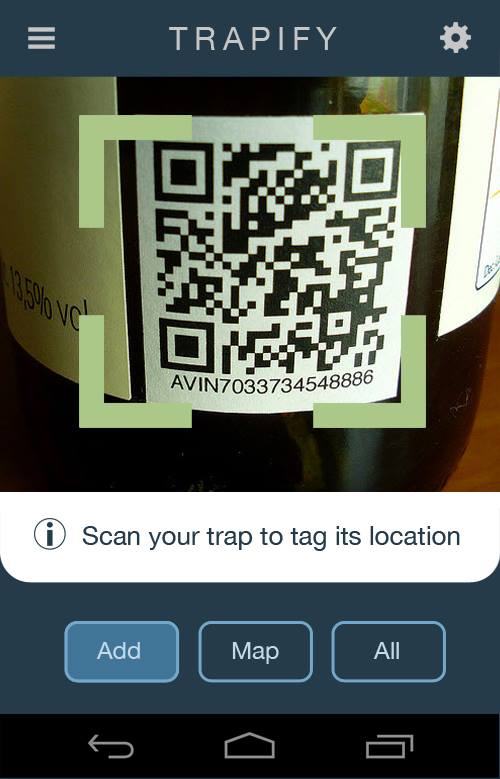 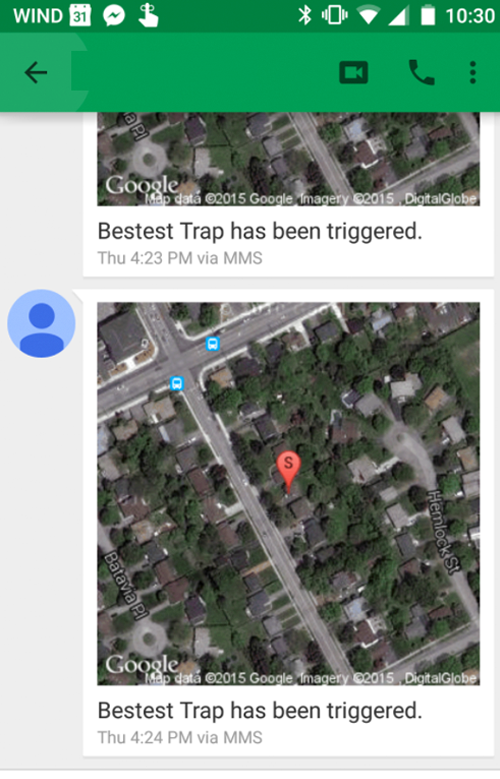